As all fans know, True Blood has broken through the “vampire barrier” and been nominated for an Emmy as Outstanding Dramatic series by the Academy of Television Arts And Sciences for it’s Season 2. The 62nd Emmy Awards telecast will be broadcast life coast-to-coast from Los Angeles beginning at 5pm PT/ 8pm on NBC on August 29.

he winners have been revealed in the annual Tubey Awards. The awards were broken down into categories and both Godric (Allan Hyde) and Pam (Kristin Bauer) won, as follows: 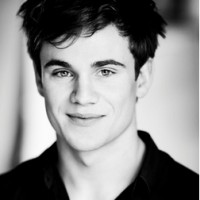 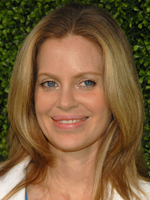 Collectible bust figurines of Sookie, Bill and Eric were based on photos of the characters and are now available at HBO’s online store!

“A double statue of Bill and Sookie is planned for next year!” an HBO rep told Life & Style, on newsstands nationwide this Friday.

True Blood’s Jim Parrack and Mike Farrell have been set to star in the first production of The Blank Theatre Company’s 20th anniversary season, the Los Angeles premiere of Terre Haute by Edmund White.

Dexter: "There are no secrets, just hidden truths beneath the surface"
Nach oben

Is True Blood going to the big screen?

Rumor has it that HBO is looking at the possibilities to bring True Blood to the big screen and turn their most successful show ever into a movie. According to whatsplaying.com.au HBO wants to do it “sooner rather than later” and that there’s a “chance” Alan Ball may want to direct.

True Blood is nominated for some SFX Awards! So, go vote!


True Blood up for HPA Awards

The Hollywood Post Alliance has announced nominations for the 2010 HPA Awards.

Mehcad, who most recently starred in ABC’s dramedy My Generation and played Eggs on True Blood, is set to co-star on USA’s latest pilot, Necessary Roughness! He’ll play a troubled professional football player who seeks help from Danielle, a tough therapist (played by Callie Thorne).

“Initially pissed about being forced into counseling with Dani, he winds up bonding closely with her,” Deadline